Quote
Italian techno / electro DJ, producer and label owner, born in Rome and based in Berlin since 2014.

He started DJ career in 1986 after experience in a private local radio station in Rome. Since 1987 he began to work in clubs mixing electro and underground music especially acid house, new beat, EBM and electro/freestyle of Brooklyn.
In October 1991 Max Durante and D'Arcangelo brothers have organized Plus 8 Rave in Rome with special guests as Cybersonik, F.U.S.E. and Speedy J. It is still mentioned as one of the most important Italian rave parties of early 90s. In 1991 he started also to create his first techno tracks. His first release, Roman's Attak EP under alias Automatic Sound Unlimited (along with D'Arcangelo twins) was released one year later on Hot Trax and was a mixture between industrial, techno and acid. In the same time played in roman rave parties.
From 1994 to 1998 he lives in Zurich and performed constantly in raves like Energy '92, Energy '93, Cubik '94, Cubik '95 and Atlantis '96. In 1998 he organize The Grey Planet Festival in Zürich. The concept was "120 years of electronic music" developed with multimedia installations, vintage synth exhibitions, workshops, symposium, dj sets and live acts. The festival was organized in 4 different locations for a period of 4 days with 50 artists from all over the world. Other places where he plays as DJ during the years are Snow Rave, Cave Club, MS Stubnitz, Ultraschall, Fabric, Melkweg, Kozzmozz, Le Triptyque, Le Nouveau Casino and Nitsa only to name a few.

In 2001 he collaborated with Anthony Rother producing Netzwerk Europa and in 2002 co-produced with DJ Hell some songs of Tuxedomoon. Others collaborations include tracks made with Alexander Robotnick, Keith Tucker from Aux 88 and remix for Spanish band Esplendor Geometrico. His labels were Prodamkey (founded in 2000) and Analog Dust (founded in 2009) but both are in hiatus mode since 2013.

After his long contribution to the electro and techno scene, he returned to experiment with a sound back to his roots more industrial oriented, and joined to Sonic Groove and Kynant Records.
Facebook | Soundcloud 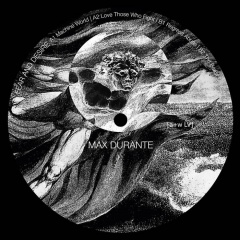