Quote
Daybehavior was formed by Carl and Tommy who both had been making music in various constellations since the early eighties. 1988 they got to know each other and soon they found out that they had similar musical references, particularly synteziser-pop music from the early eighties was something that they both loved.
In the summer of '93 they got together and seriously started to consider the possibilities of making music together. They decided in what way they wanted to work and Daybehavior slowly took form at their own Graplur Studios.
In the winter of '93 they started the search for a vocalist, and a little more that one year later, after having tried out more than 40 different vocalist, Paulinda entered the studio and the last piece of the Daybehavior puzzle fell into place. Half Italian, half Swedish Paulinda was able to add even more beauty to the daybehavior sound, turning their music into something really special with her melodic voice, and her lyrics which she sometimes writes in English, sometimes in Italian.
Website | Facebook 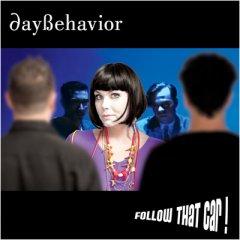