Now reknowned "Terry Poison", Grife had revamped their music to electroclash, and added his then-protégé Sivan "Pétite" Meller to the lineup.

Terry Poison had performed extensively in Israel during most of 2004-05 and had released two of their tracks in the 2004 compilation of pioneering Israeli electroclash label "FUT*RE Records" (now defunct).

More personnel changes followed as in the ending of 2005 Netzer had left the band, to be replaced by former-model Gili Sa`ar, who was functioned as the band bass player.

Since 2006, Terry Poison's new lineup is touring extensively throughout Europe, have recorded the successful theme song of Israeli TV program "Life According To Y", released an independent MP3-based EP, and have lately been signed to French label "Ekler'O'Shock" to release their debut vinyl EP "Buzz On The Bell" (2007).
Website 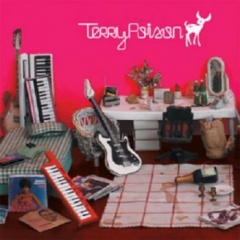