Quote
Lawrence English is a composer, media artist and curator based in Australia. Founder of Room40 label. Working across a broad range of art forms, English is exploring and studying questions of field, perception and memory. His music has been published by labels such as Touch, 12k or Winds Measure Recordings.

As a producer, Lawrence English has completed numerous projects with artists including Tujiko Noriko, Ben Frost, John Chantler, Francisco López, Tenniscoats and many others. He composed for various contemporary dance ensembles, worked as a sound designer on video installations and his music has also been used in a number of films. English has presented radiophonic works with the ABC, Deutschland Radio, ORF and BBC’s World Service.

Since early 2000’s, Lawrence had a number of group and solo exhibitions in Australia, New Zealand, Japan, USA, Europe, Cuba, etc. His art works range from sound and video installations to unique audio works created for the deaf and hearing impaired.

Outside of his recording and art commissions, Lawrence English curates a number of ongoing sound and media programs. He produces the annual Open Frame festival in Australia and London and co-produces a number of others including Sound Polaroids, Liquid Architecture and Frankly!. He continues to curate numerous conceptually driven art projects including Melatonin: Meditations on Sound in Sleep (for Next Wave Festival), Airport Symphony (for the Queensland Music Festival), or Audible Geography (for University Of Tasmania). 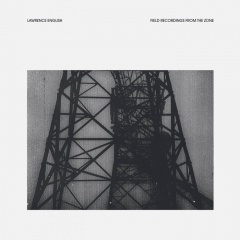