Quote
Rain Children are a wide lens, cinematic expression of Gothic music, both contemporary and nostalgic. They combine classic songwriting with a tension and drama that is uniquely their own.

Rain Children, Stuart Harbut and Gina Stone met via social media during April 2017, when Stuart was searching for a singer and writing partner. Through a friend of a friend they were introduced and started working on songs straight away. This Silent Game was the first born and the duo have never looked back. Based in England between Bristol and Lincoln it is a long distance writing relationship that is working rather well.

Rain Children have released three singles and their debut album ‘Crooked House’ is being released in November 2018 on Deepland Records.
Website 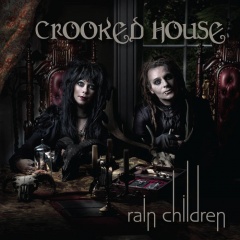