The original line-up of the band was Anne-Marie Hurst (vocals), Stan Greenwood (guitar), Roger "Trotwood" Nowell (bass guitar), Ian "Karl Heinz" Taylor (keyboard/saxophone) and Steve Crane (drums). In 1983, after their first single, "Trees", the band signed to independent record label Red Rhino Records. They recorded their first single for Red Rhino, "The Night", shortly after losing their original drummer Crane, who was replaced by Howard Daniels. Daniels soon left, joining My Pierrot Dolls, and was replaced by Martin Henderson (formerly of The Last Laugh). Skeletal Family's first album, Burning Oil, recorded in four days at a cost of £640, was released by Red Rhino in August 1984. It topped the UK Independent Chart, staying in the top 10 until the end of the year. The band began touring with the Sisters of Mercy during the Sisters' First and Last and Always tour. Skeletal Family released the Futile Combat album in 1985, along with the "Promised Land" single.

In 2002, Skeletal Family reformed with a line-up of Greenwood, Nowell, Henderson and Hurst. The latter had to drop out due to family commitments, replaced briefly by Phillips, and then by new vocalist Claire Bannister. They played several high profile shows, including Wave-Gotik-Treffen three times as well as the Drop Dead Festival in New York City. This line-up released an album, Sakura, in May 2005 on Gepek Records.

Skeletal Family's next album, Songs of Love, Hope and Despair, featuring new bassist Johnny Lorrimer, was released by Gepek in September 2009. Two months later the group announced that it had disbanded again.

In 2012, Hurst, Nowell and Greenwood reformed Skeletal Family with Owen Richards on guitar and Adrian Osadzenko on drums.
Website 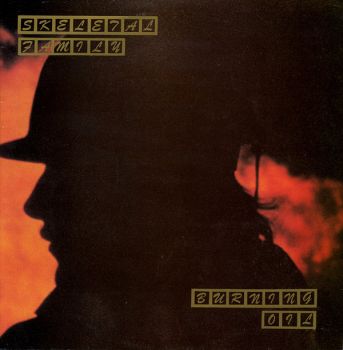