Impressions of Winter are a German darkwave/neo-classical band that began in 1994 as the project of Joe P (Joachim Proell). The initial line-up was completed by Andres Waldura and the group's first female singer, Laikha. Mozart from the German label Spirit Productions offered to produce their first album, "Cantica Lunae", which was released in the spring of 1997. Singer Laikha was replaced by Felicia S., and in the summer of 1998, a second CD "Deceptive Springs And Fading Landscapes" was released, followed by winter 2000's "Iuturna".
Discogs 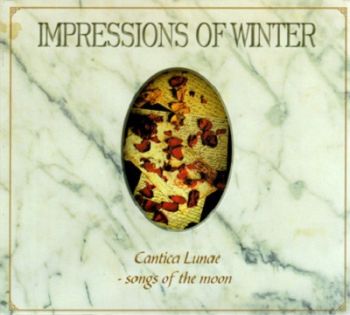 Impressions Of Winter - Cantica Lunae - Songs Of The Moon (1996)
Tracklist: