SOPHYA was formed in the late 90's by Idan Karutchi and Sonja Rozenblum.
The band was signed to 'Xymox Control' in 1999 and based in Amsterdam , Holland.
In 2000, SOPHYA release their critically highly acclaimed debut album "THE AGE OF SOPHYA"
(released by Pandaimoium in the Â EU and Metropolis in the U.S.) Reactions were good and the name SOPHYA started to spread. After performing mainly at festivals across Europe and recordings for various compilation releases , in 2002 the group had a change of line-up and joined with bass player Mario Usai (The Haze) to record their second album "DREAM" which was released in April 2003.
Tracks from Dream were constantly played on the alternative radio programs in Europe and the album reached No.2 in the 2003 best alternative albums at musicfolio.com.The band continued touring and headlining venues, building a growing fan-base and appearing on various compilations across the world ("pale blue moon" was released by Sony Germany)
In 2004, SOPHYA performed in the U.K and supported the famous Dutch band 'The Gathering', while being busy working on their next release..
The band went back on stage in mid 2005 and also released their first video for the track 'More'.
The video for 'More' gained popularity very quickly after a premiere on Dutch 'VPRO' music channel & was then featured on MTV Holland's brand new chart and reached number 2 in viewers votes !
Sophya released their album 'Third Wish' on Mutantjasz Records in December 2006.
The band toured constantly across Holland and Europe in the year 2007 - 2009 , recorded and remixed exclusive tracks for compilations in south America and France , and worked on music being used for modern dance performances. Sophya were now joined on stage with new guitar player Nitzan Rimon , Drummer Assi Weitz , Bass players Mario Usai & Avichai Kadosh and played support slots on The Chameleons Vox tour. In 2012 Sophya is set to have 2 releases, the first 'Words & Sounds' is a compilation of 14 tracks which includes the new single 'Desire', later in 2012 Sophya will release their first full length studio album since 'Third Wish' , at this stage the project is simply titled 'Pop - Art' ..
Website | Facebook | Bandcamp 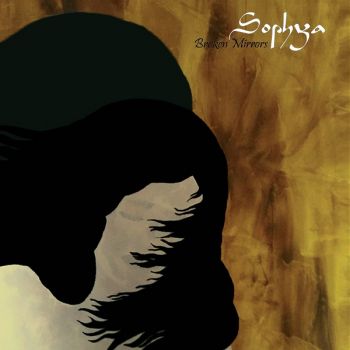