An avid music collector since his childhood Gianluigi started his own music experiments in 1995, with a basic instrumentation, trying to explore the shores of deep space-ambient. His first album "Three Lights At The End Of The World", composed in 1995, has been released in 1996 by italian ambient artist Alio Die's own label, Hic Sunt Leones (Alio Die himself played for a minute in a track of this album). His live album "The Spirals Of Time", released in 1997 by Amplexus, has been voted as one of the best ambient albums of all times. Oophoi uses traditional instruments as synths and sampling machines, but also singing bowls, flutes, special percussions (woodchimes, stones, shells, crystal chimes) and processed voices; all his music is recorded using analog-only devices in The Kiva, his studio, which used to be a stall in a XV Century stone country house in the hills of central Italy. In 2002 he has founded the experimental ambient group Nebula (4), along with Klaus Wiese, Mauro Malgrande, Lorenzo Pierobon and Tau Ceti. He has released 20+ CDs for many international labels (Hic Sunt Leones, Amplexus, Hypnos, Nextera, Electroshock Records, Skean Dhu, Stella Maris, Aplaus, Mystery Sea), and he run his own label Umbra, devoted to the music of new Italian ambient artists.
Gianluigi Gasparetti passed away in 2013.
Website 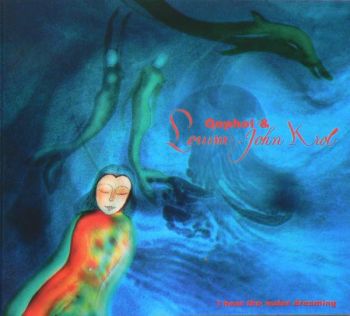 01. The Narni Owl
02. Conversations Between a Wolf and a Firefly
03. The Hour of Fauns
04. Let the Nightsky Envelope Us
05. Cavern of Dreaming Shells
06. The Whispering Valley
07. A Vessel for Michael