Eidulon was the term used by the Greeks to define an image that consists only in a surface without depth.
A spectral resemblance, a fictitious imago, an emanation of a divinity. A divinity that deceives humans, introducing itself like a thin film inside them and gutting them.
Simulacra.
During our Age Idolatry has reached its peak and the cult has preserved only a fetishistic value. Worships, Readymades and Freights compose the soundscape of postmodern era. Pointedly, that can be documenteted and sold.
Human still is at the centre of analysis.
As shade of what doesn't exist.
Website 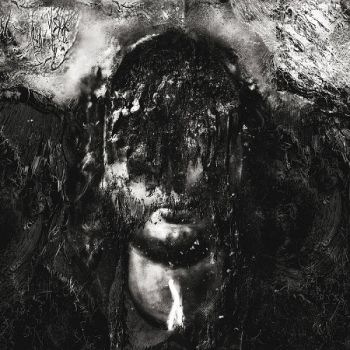 Eidulon - Combustioni (2018)
Quote
Following an 11 year absence since his debut, Idolatriae, Eidulon returns a radically different entity. Whereas Idolatriae was haunting and minimal catacomb ambience, Combustioni is otherwise now a daunting, full on apocalyptic industrial, auditory excursion, complete with crushingly ominous brass chords, fearsome horn proclamations, organ, and doom filled atmospherics. Contributions of murderous, gnarled vocals courtesy of Nordvargr and Luca Soi, as well as caustic noise from Italian heavy electronic practitioners Naxal Protocol (ex-Cazzodio) add a powerful element, often cutting through a blaze of swelling tones and pneumatic percussive pummel, the only respite coming in the form of collaborative tracks with Kammarheit and Caul, which sees Eidulon returning to the foggy gloom and bleak isolationism that populated the debut. Collectively, it’s quite the provocative declaration, shattering genre barriers and setting the soundtrack for a world of incinerated cities, global plagues, and nuclear winters.
Tracklist: