Quote
Since 2011, Joséphine (Lyon, FR) and Sandra (Metz, FR), the duo of friends CACOPHONEUSES, explores and produces a dark techno tinted with industrial and saturated sounds.
Their lives on machines are all unique because they leave room for improvisation on stage to make the adrenaline rush. They have enchanted crowds since their spectacular appearance at the respected techno industrial festival La Fondation Sonore in 2013 (Brussels), followed by nothing less than a Maschinenfest gig. In 2015, they joined the Wave Gothik Treffen Festival in Leipzig.
In 2016, one of their dreams became real: playing at TRESOR Club in Berlin for the Female Pressure 006 event organized by Dj Kaltès.
In 2013, they self-produced their first album "Venus Voices". In 2014, they signed on the German Label HANDS and released their second album "The Myth of Lorelei" which follows their self-proclaimed goal to move you inside (and) out. Hearty technoid beats and arcane soundscapes that set the myth of Lorelei to music, an album alluring the listener into the world of this fresh duo, in the no-man's-land between rhythm'n'noise and techno. In 2018, they released their third album "Chaos Theory" (HANDS) _ X
Website | Facebook | Bandcamp 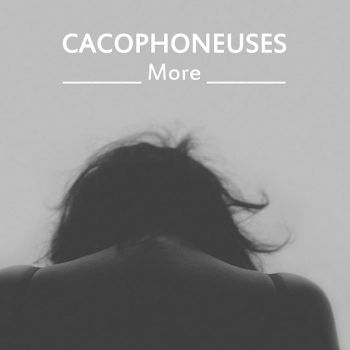