Quote
Harsh beats for dark times. The sounds of Amelia Arsenic are an infectious injection of high-energy beats infused with feminine allure. Amelia is a visual artist and fashion designer originally from Sydney, but having toured extensively throughout Europe and the USA since 2007 as a musician and DJ. She was first known to fans of industrial music, as DestroyX, a founding member of cyberpunk band Angelspit.

After leaving her old band and taking a brief hiatus from music to focus on visual art and fashion design, Amelia now presents her solo project; a singular vision of broken and beautiful sounds and personal yet playful lyrics. 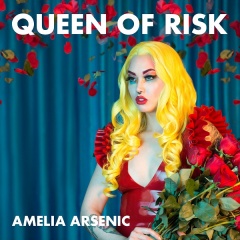