Quote
The Daysleepers were formed in November 2004, in Buffalo, New York by Jeff Kandefer who gathered some friends from other bands in the local music scene that shared a love of ambient, etheriel indie rock. The Daysleepers are a self-release band Rain Delay Music, an independent shoegaze record label. The goal is to create a huge volume of recordings in which the band will have complete control and rights to. The Daysleepers Debut EP "Hide Your Eyes" (December 2005) won the band many fans around the world (selling out the first pressing), and praise from shoegaze legends such as Robin Guthrie (Cocteau Twins), Rachel Goswell and Neil Halstead of Slowdive. It also hit 1 for several weeks on the Tonevendor (Renowned Shoegaze Distributor) top 20 record sales list. In October 2006 The Daysleepers released their 2nd EP "The Soft Attack". This EP shows a heavier side of the bands sound, with etheriel guitars spinning way into outerspace, and vocal melodies that hauntingly soar to new heights. Their first full album "Drowned in a Sea of Sound" was released in May 2008 and builds on their earlier music while retaining their trademark vocals, drums, and density of sound.
Facebook | Bandcamp 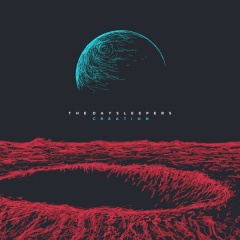