sToa was founded in 1991. Olaf Parusel (composition/arrangement) looked at this time for a new way to connect his musical and philosophical thoughts. He found a voice in Conny Levrow. In the same year the first song "Stoa" was released on the compilation "From Hypnotic ... to Hypersonic" (Hyperium). The CD "Urthona" (Hyperium) followed in 1992.

Olaf was in his childhood a member of the "Stadtsingechor Halle" the oldest chorus of the world. Later he played in many musical projects and bands. He also composes for TV and movie. He studied musicology and philosophy.

In 1994 the second CD "Porta VIII" (Hyperium) was released. This CD is an album with a concept based on the fairy tale "Ariadne et Barbe Bleue" by Maurice Maeterlinck. But Porta VIII is a continuation of the original fairy tale.

1997 Conny left sToa for following her classical career. In 2001 sToa finished their album "Zal". The new singer there was Antje Buchheiser. “Zal” has been released first in Mexico. sToa signed to the german label "Alice in ...".There they released "Zal" for the rest of the world and re-released "Urthona" and "Porta VIII".

sToa performed sporadically at special places or events. They played for example at the Wave-Gotik-Treffen and several times in Mexico (inter alia with the Goethe-Institut).

In 2008 sToa returns with international line-up. The new album "Silmand" was released on September 26th. The word "Silmand" means soul month. With it the month September is titled in an almost forgotten German dialect. The female voices on the album belong to sToas new main-singer Mandy Bernhardt and the Australian multi-instrumentalist Louisa John-Krol. Also the Dutchman Pieter Nooten (Ex-Clan of Xymox) could be engaged as well as the Leipzig-based Ralf Jehnert (Love is Colder than Death). One of the songs on "Silmand" was already used as film score (Tacitum). The title of "Hanuz Nist" song comes from the persian lyrics written by Hassan Dehlawi at the 14th century.
Facebook 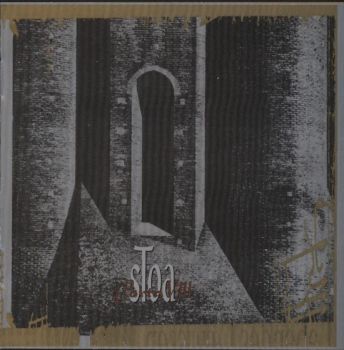